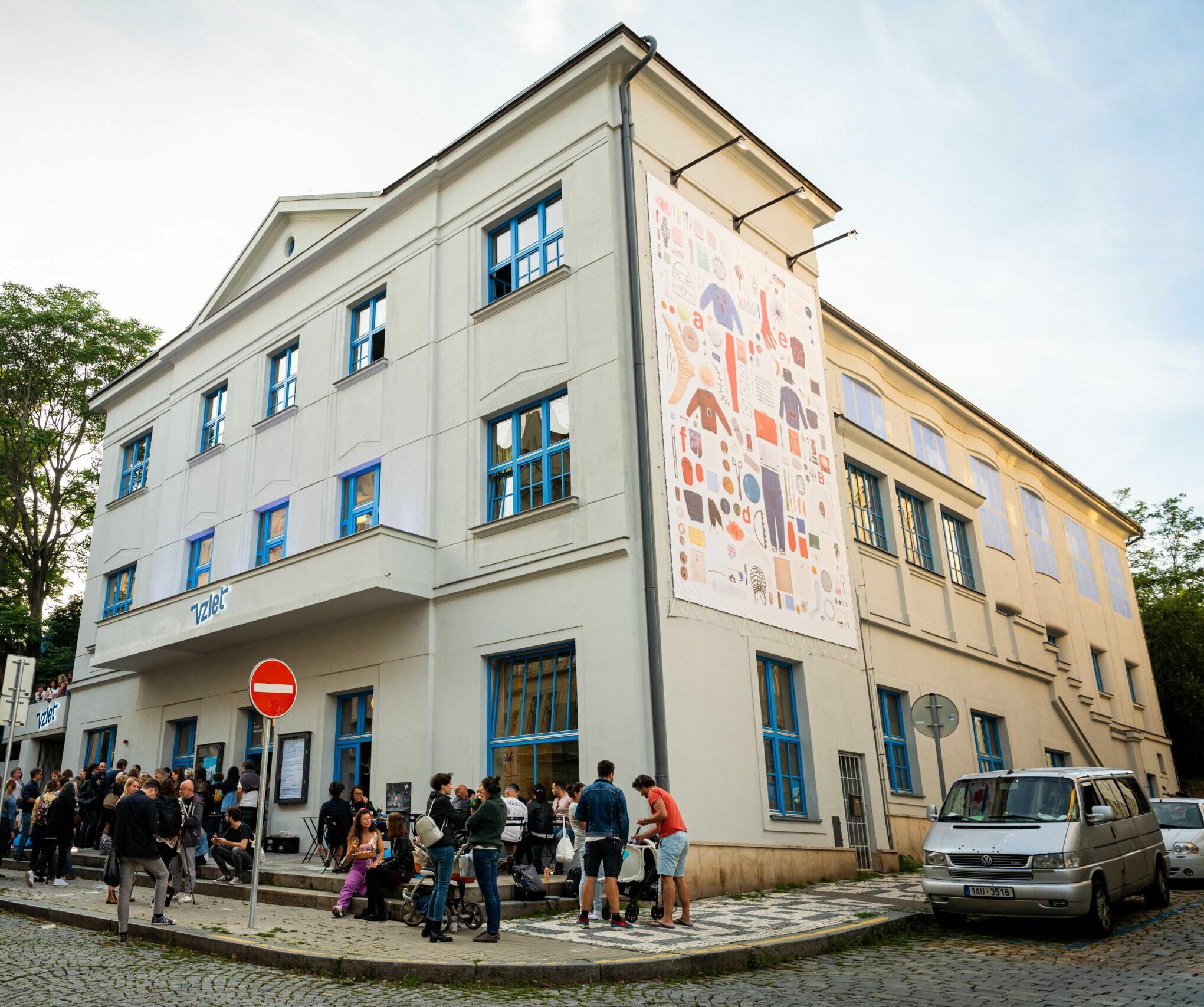 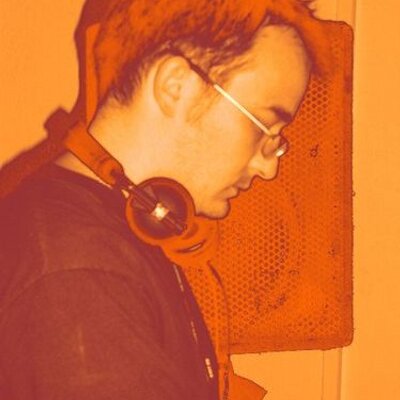 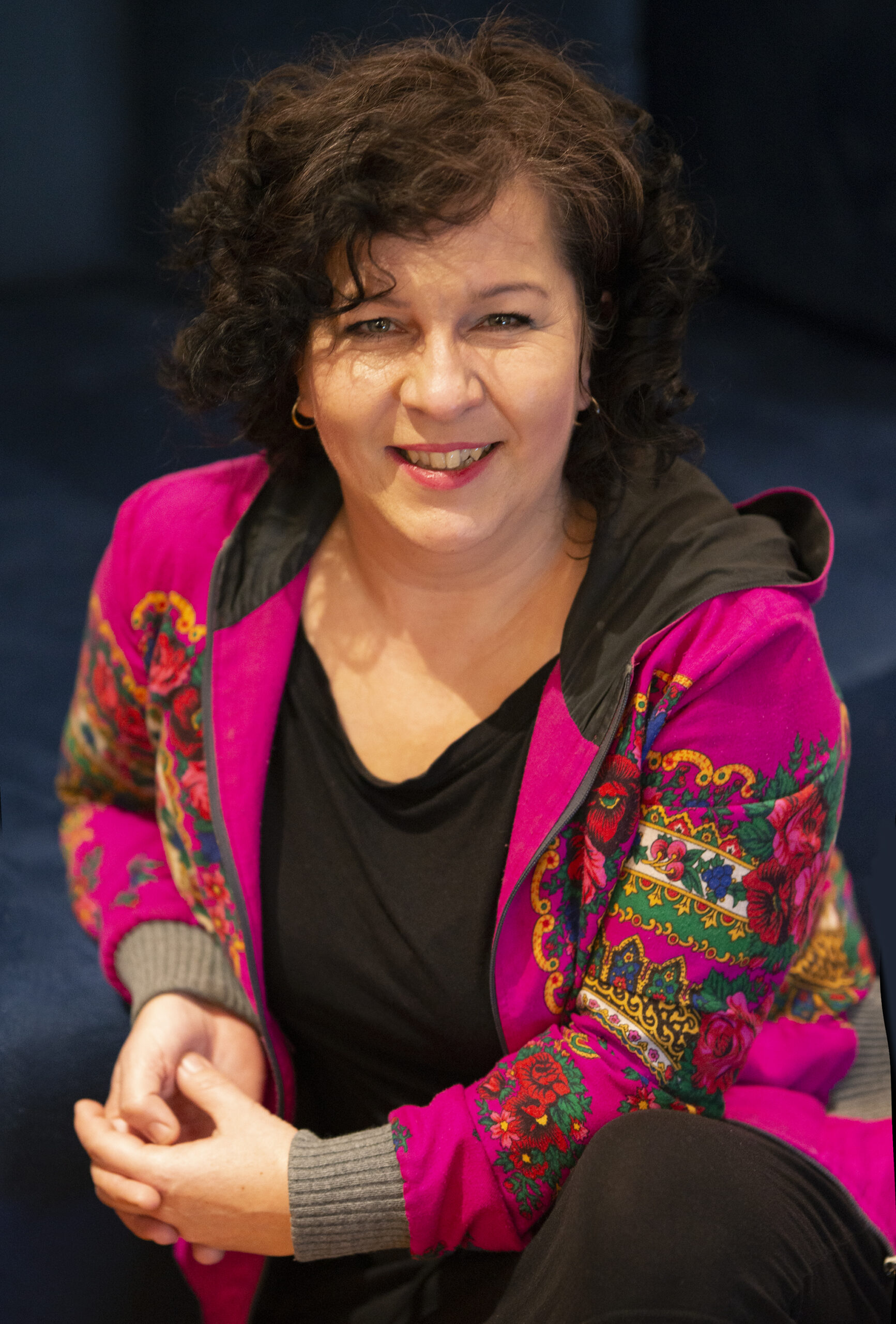 Concert booking agent and promoter. In the last 14 years she managed a few concert venues in Poznań and run her own booking agency Bego Booking that organized mainly concerts of foreign acts throughout Poland.  Participant of this year’s edition of Keychange program.

A London-born, Prague-based lyricist, composer & multi-instrumentalist, Alasdair has written for major & independent label artists across multiple musical genres. His award-winning collaborations have resulted in millions of streams & views on YouTube, & have appeared in film, theatre & advertising. He also corrects the lyrics of non-native English writers  & as a certified vocal pronunciation coach, works with singers & actors in theatre, film & TV to help them perfect their accents for studio & live performance. Alasdair offers artist development consultancy & produces
publicity / marketing materials for a wide range of creatives. A full-time singer-songwriter with over 30 years of live experience & more than 1250 concerts worldwide, he has released 4 critically-acclaimed albums & 3 EPs. He is vegan & teetotal, but please don’t hold it against him. 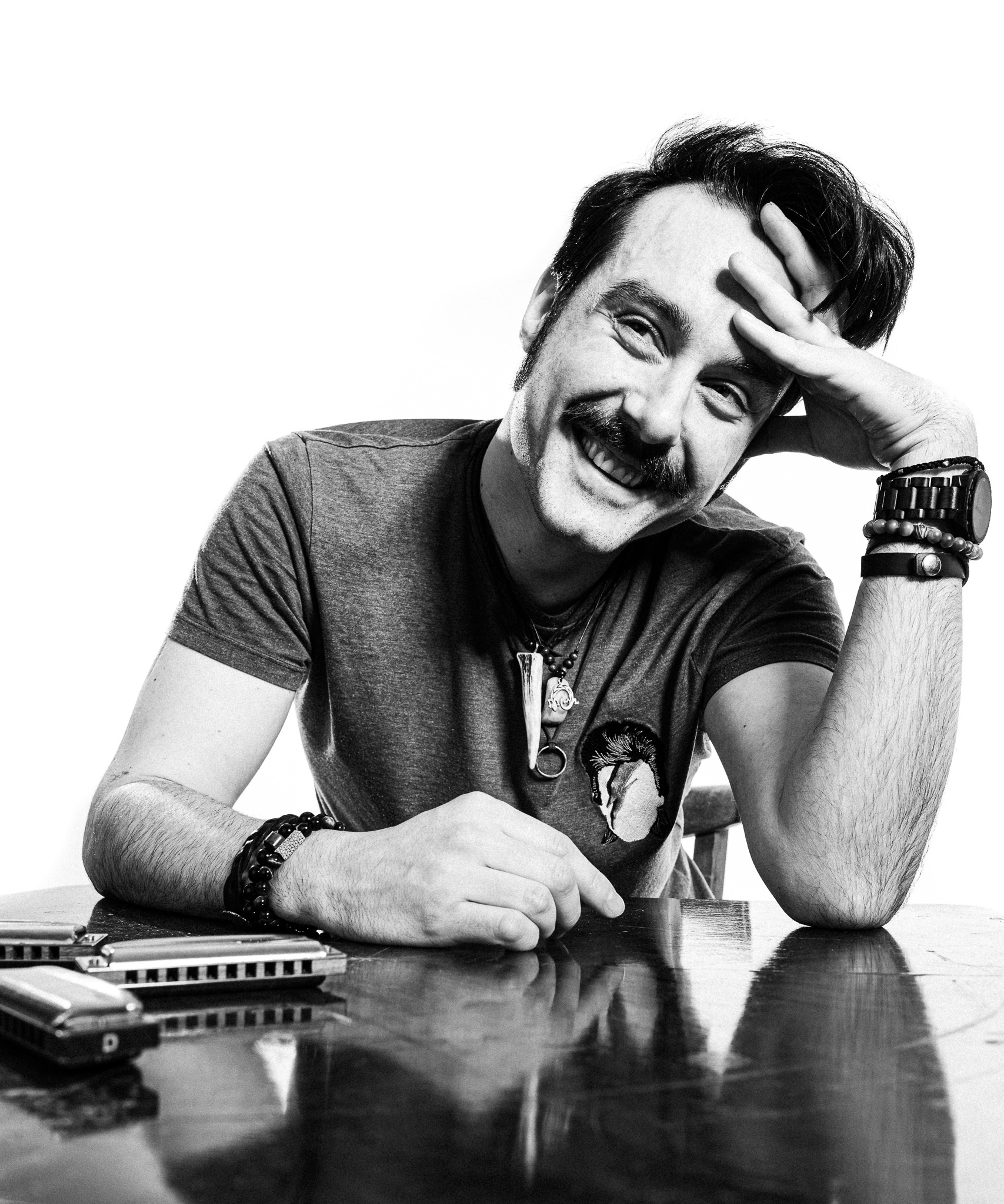 He founded the talent competition of the Karlovy Vary Region called Top RoofTop Talents. Ricardo is also an active singer and harmonica player. 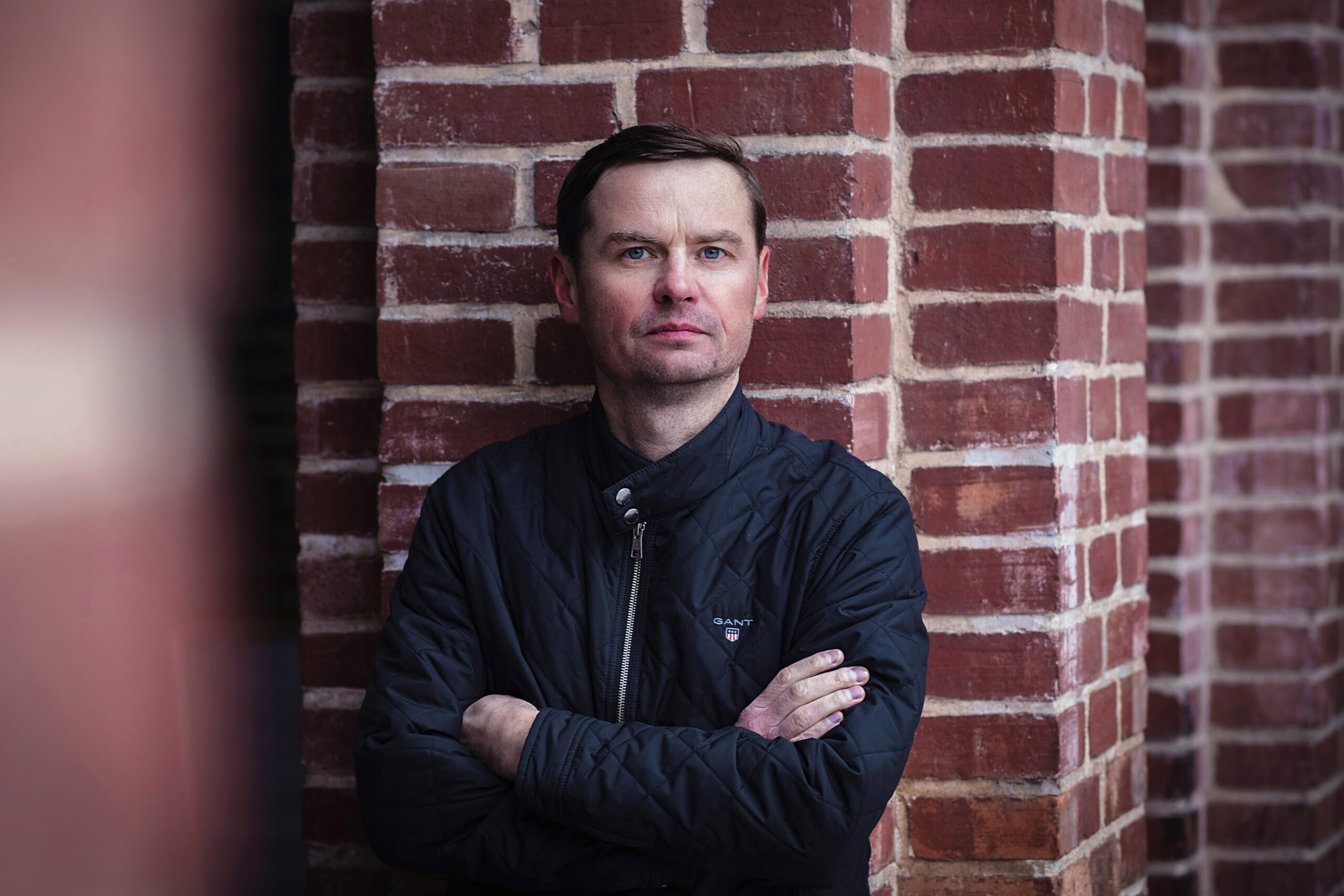 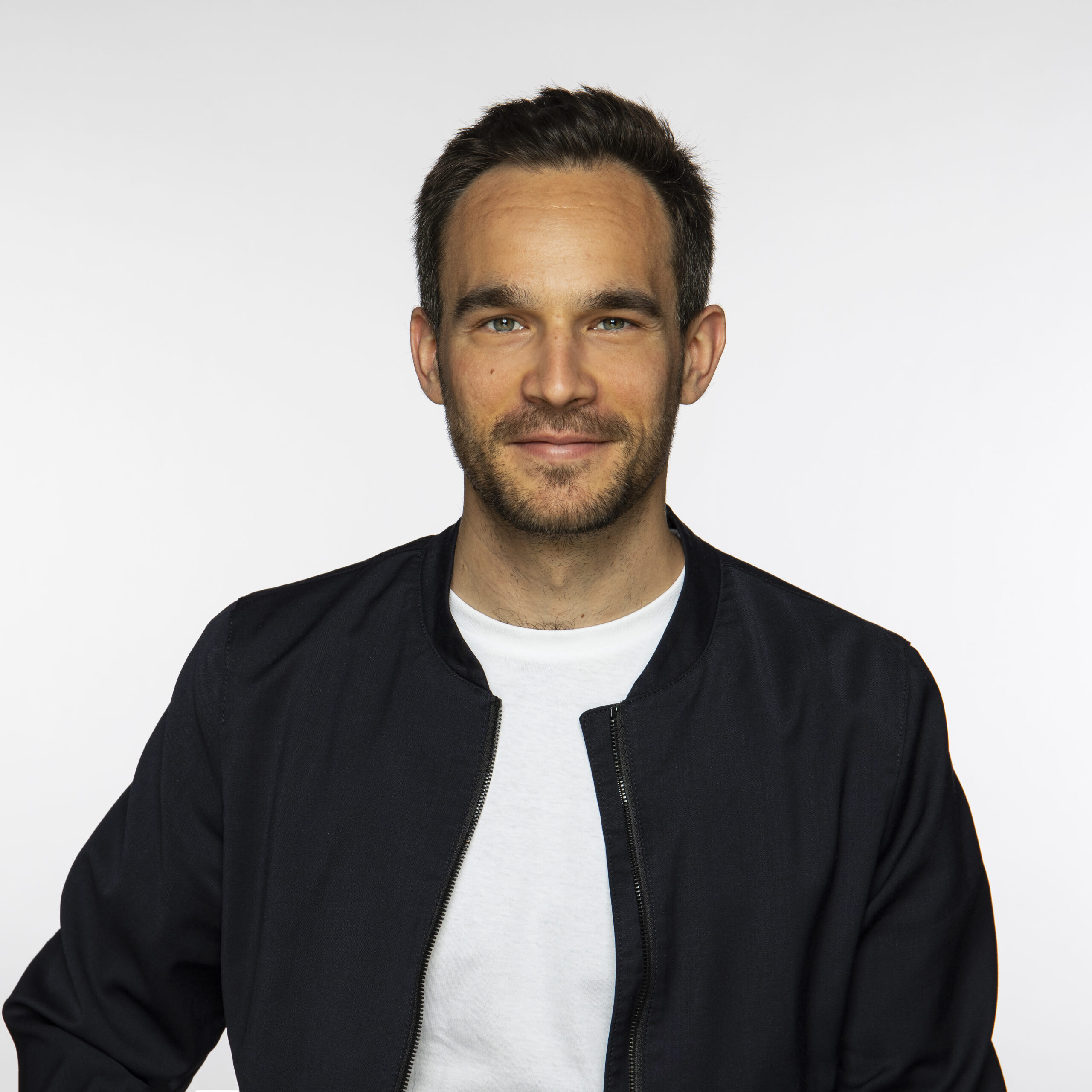 With 8 over million users in 35 countries, TicketSwap protects fans from overpricing by ensuring tickets are exchanged at fan-friendly rates. Áron is responsible for establishing partnerships with festivals, promoters, venues and ticketing companies to offer a simple, fair and safe experience for live audiences. Previous to TicketSwap Áron was Ticketing Manager at Sziget Cultural Management, the company behind Hungary’s biggest festivals such as Sziget Festival and Balaton Sound.

TicketSwap is the safest and easiest app for fans to buy and sell tickets to their favourite concerts, festivals, sporting events, theatre shows and club nights.
With over 8 million users in 36 countries, TicketSwap protects fans from overpricing by ensuring tickets are exchanged at fan-friendly rates. Together with its dedicated anti-fraud technology and partnerships with over 6,000 venues, promoters, festivals and ticketing companies worldwide, the company is dedicated to offering a fair, safe and simple experience for fans attending more than 40,000 live events globally. 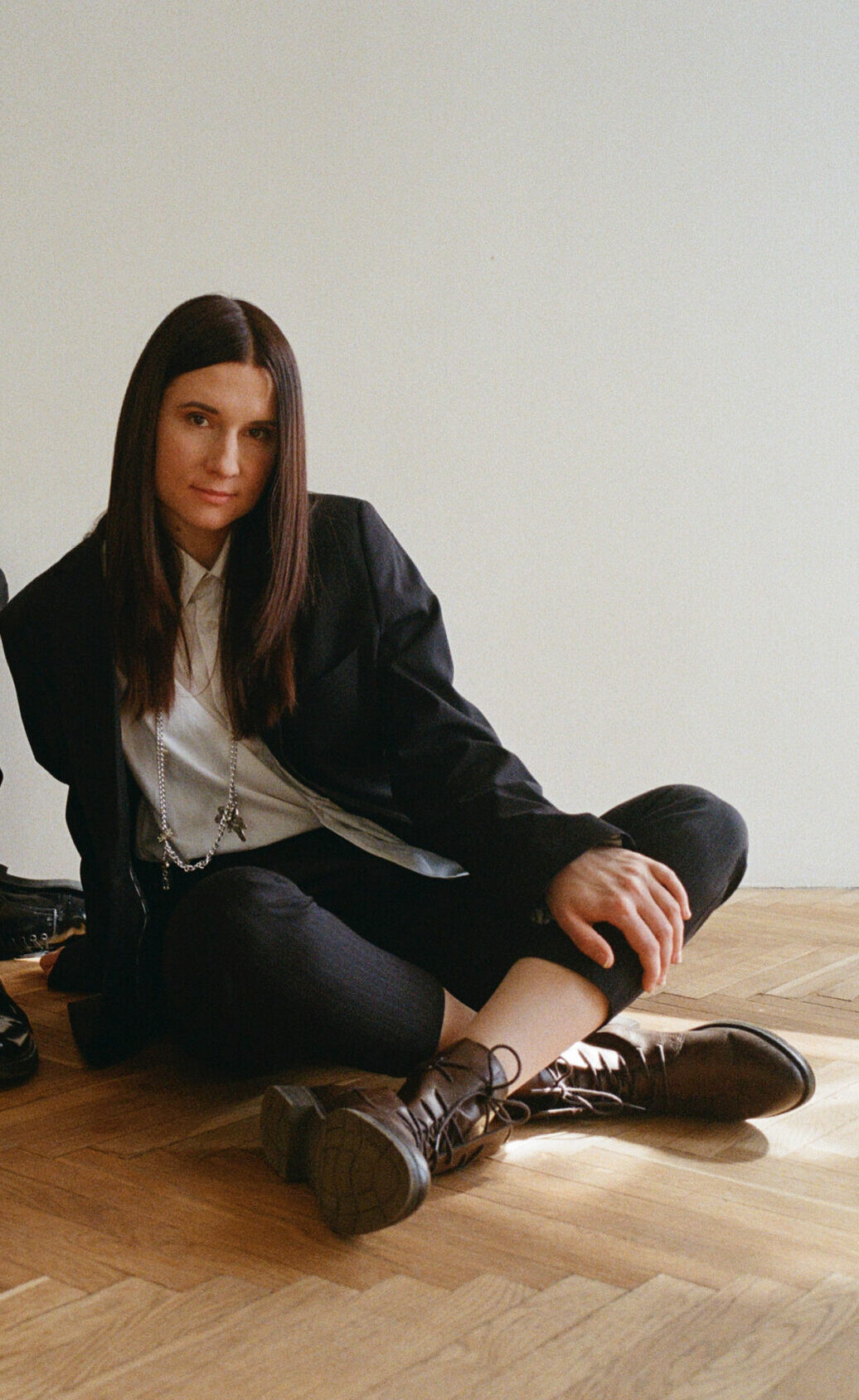 Katya is a leader of the Ukrainian underground indie duo Gapochka. 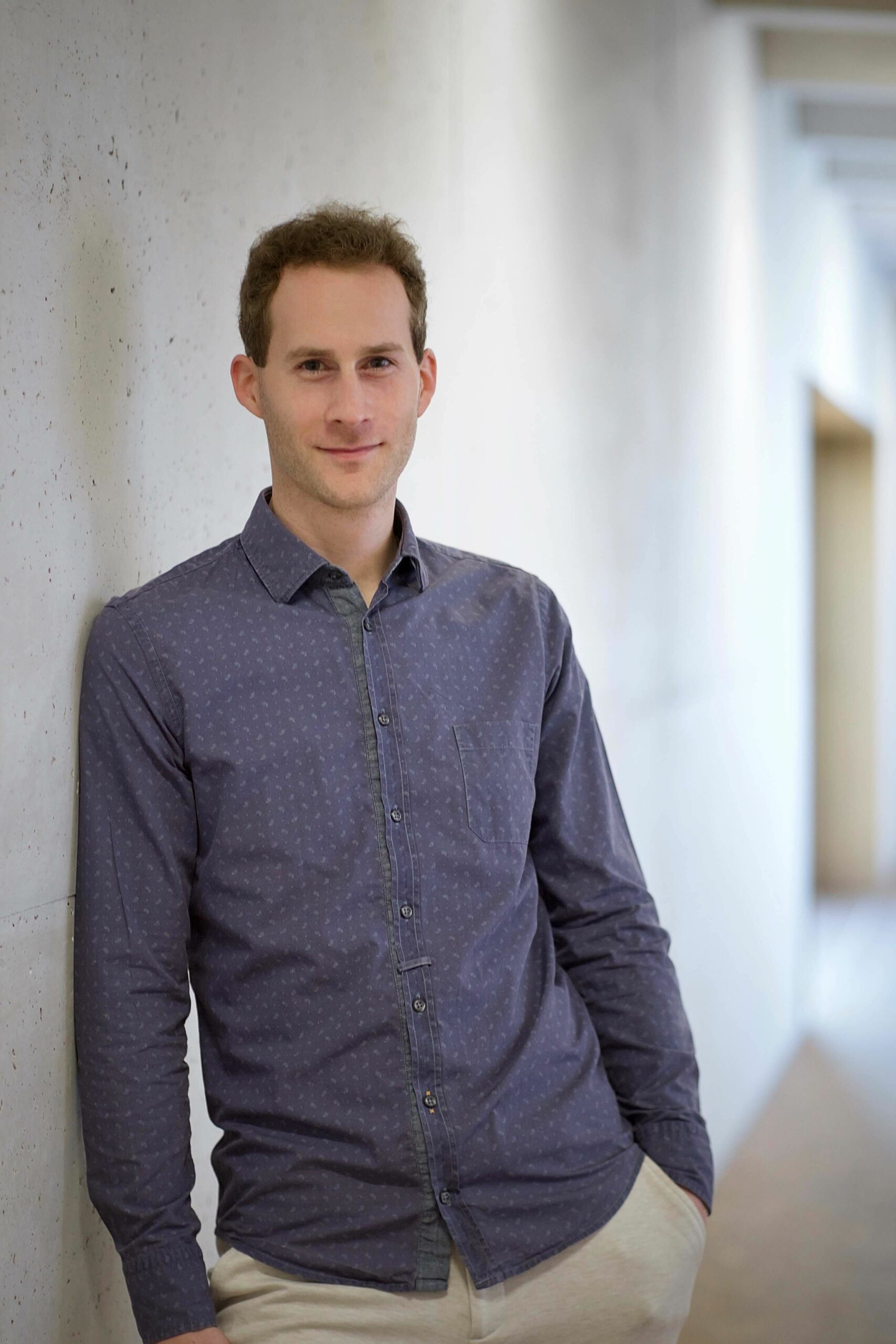 Media engineer who works as a communications manager. He is a voluntary youth representative in his home town of Vohenstrauß and also president of the network club Musikinitiative Vohenstrauß e.V. The amateur musician plays drums and electric bass each in one band and is well connected to the music scene in the Upper Palatinate district and Bavaria in general. He has some experience in the booking and contacting of young, alternative bands. He introduces his club and its activities and gives a few practical tips on how amateur bands could gain traction in Bavaria. 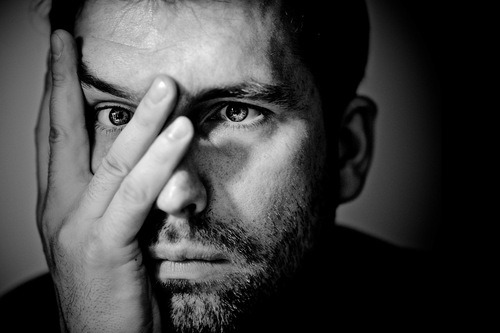 He first came to attention with the post-hardcore band Ememvoodoopöká, which won the Anděl Award for Best Alternative Album in 2005, and then formed the dance punk band Sporto, which was nominated for Best Electronic Album of the Year in 2009.

Hůla is the founder of the Carton Clan graphic design studio. For ten years he created the design of Full Moon Magazine, graphic design of Zdeněk Seydl’s publications and books, Behind the Fence of Dreams.

He is the author of film and TV series soundtracks (Tribes, Journalists, November, Gypsy, Snow, Odd Fellows, Eyewitness, Extraordinary Event, The Big Premiere, etc.), music for theatre and dance performances (National Theatre, New Stage, Spitfire Company, VOSTO5, Drama Club Ústí nad Labem, etc.), and jingles for Radio Wave and Radio Prague. In 2019 – 2021 he was the main sound designer of the Vinohradská 12 podcast, and currently he is working in the same position in the 5:59 podcast. 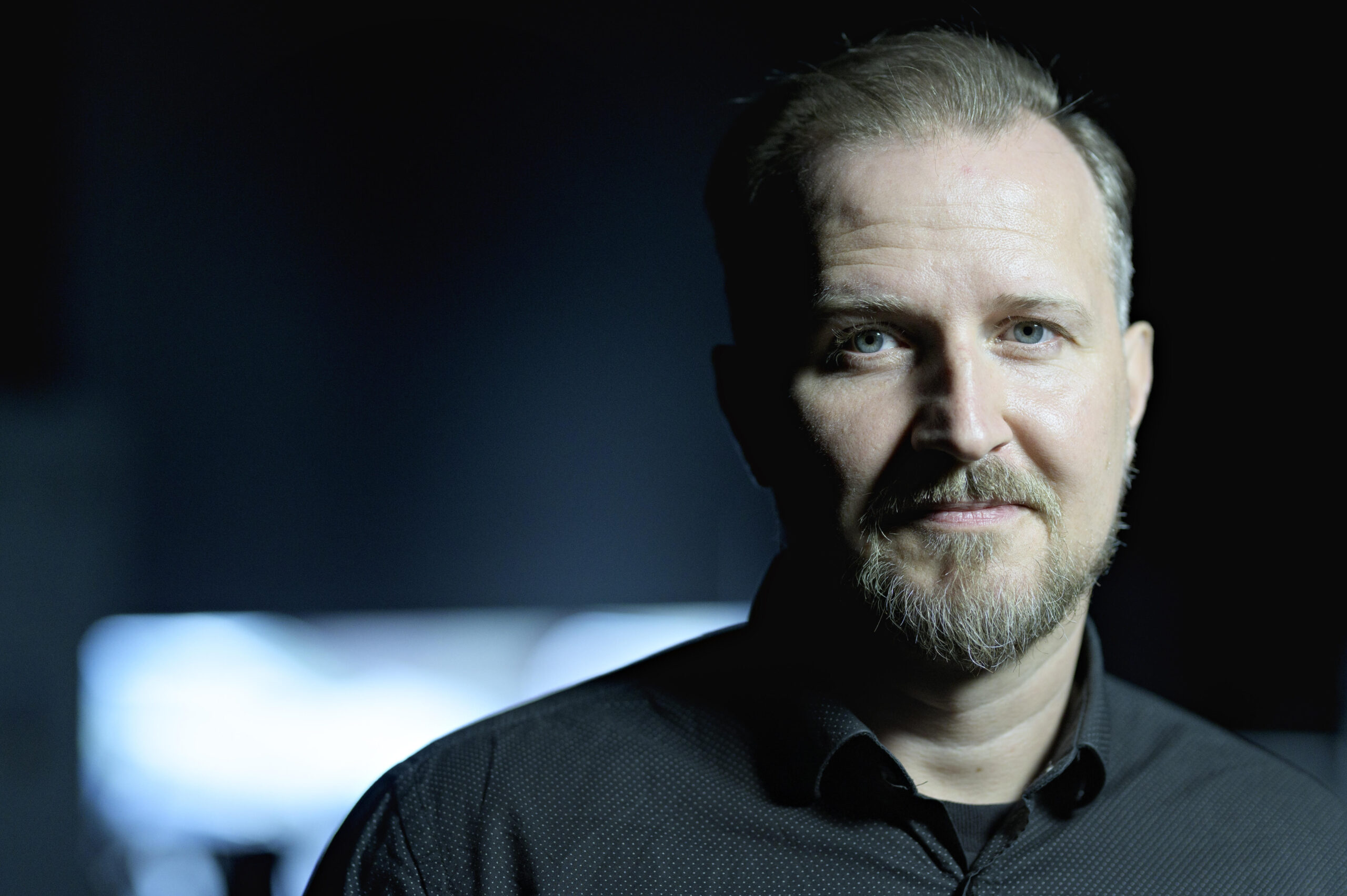 Michal Hajduk started as a an independent concerts booker/promoter, gaining experience as music curator at Centre For Contemporary Art in Warsaw, independent music venues manager, tour manager and bands manager, co-programmer for festivals and contributor for indie record labels. Since 2008 he works with the Adam Mickiewicz Institute, a state cultural institution promoting Polish culture around the world. As an alternative and jazz music curator he created and developed a strategy for an alternative music sector, co-organized number of events and conferences in Poland and all over the world under the label “Don’t Panic! We’re from Poland”. Since 2019 he cooperates with the Polish National Radio Symphony Orchestra in Katowice venue in Katowice as a jazz programmer. 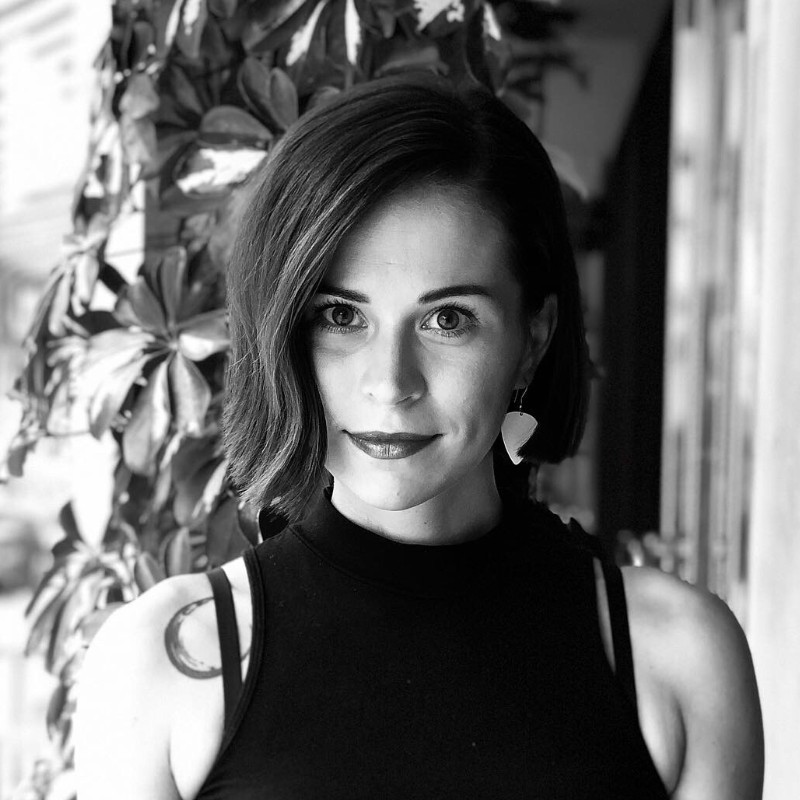 She has been in OSA (professional association of composers, lyricists and musical publishers) since 2015, where she has been working on communication with authors and the public, and especially on the Partnership grant program. Its aim is to financially support the creation of new music projects by represented authors and music users who perform the represented music at their events. He also has experience of various grant programmes from his previous work in the public and voluntary sectors. 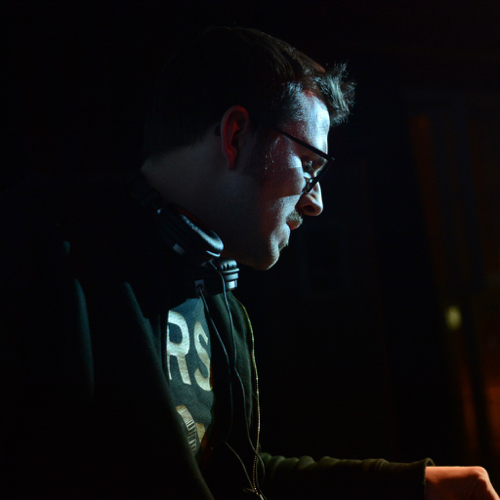 Music curator of Nová Cvernovka, the best art centre & community in Bratislava, co-founder of techno party Nočná, agent at SPFM – booking agency for underground electronic artists from Central & Eastern Europe, Ph.D. candidate at Masaryk University in Brno in the field of Digital Culture & Creative Industries & teacher of festival theory, as he was previously involved with Pohoda Festival as a core member for 5 years. Apart from all this he’s also a DJ formed by world’s festivals and various events that he loves to haunt during the year. 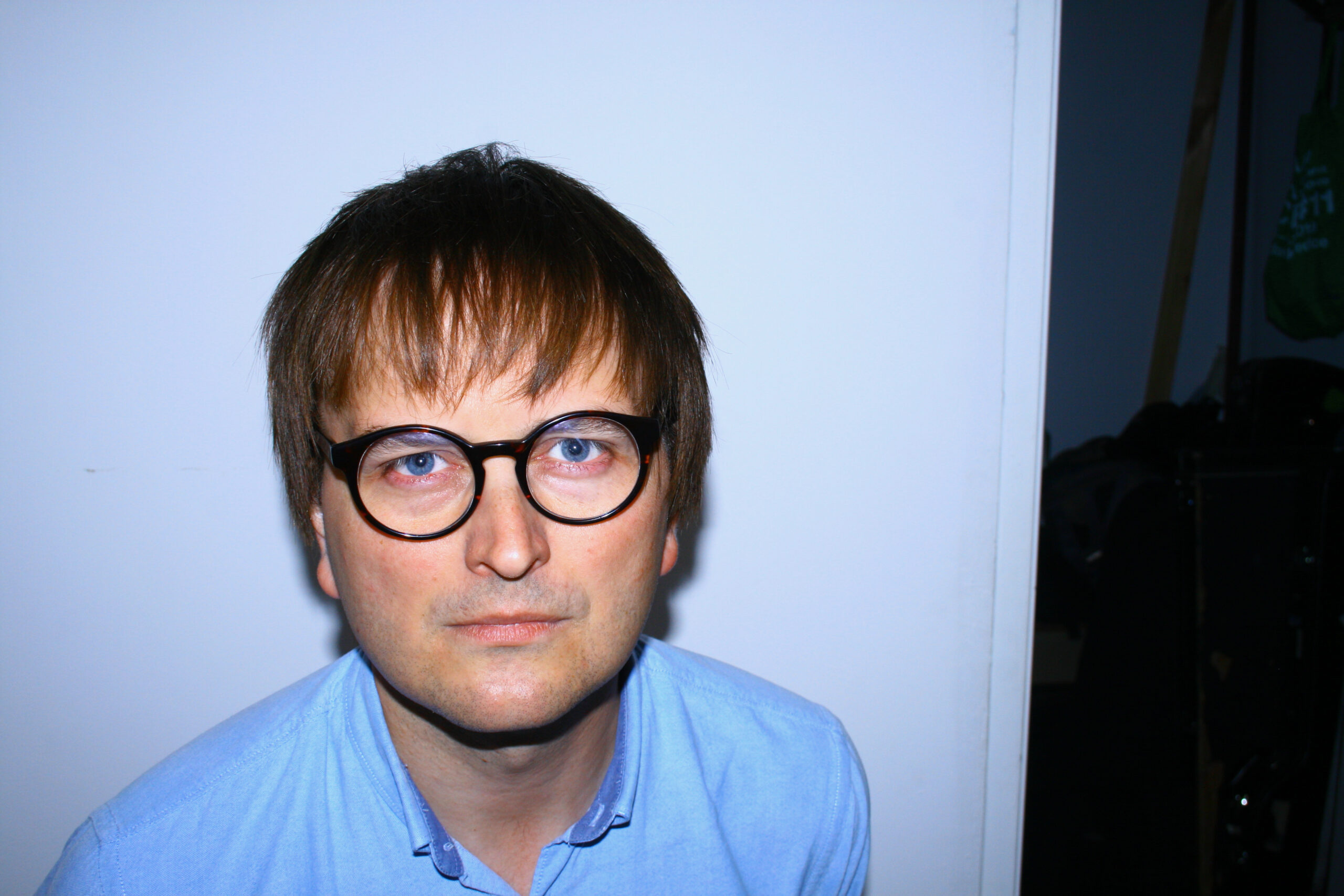 A Polish poet and musician, an author of several books of poetry revolving around the subjects of history, remembrance and ethics. He is a member of a psychedelic rock band Trupa Trupa. 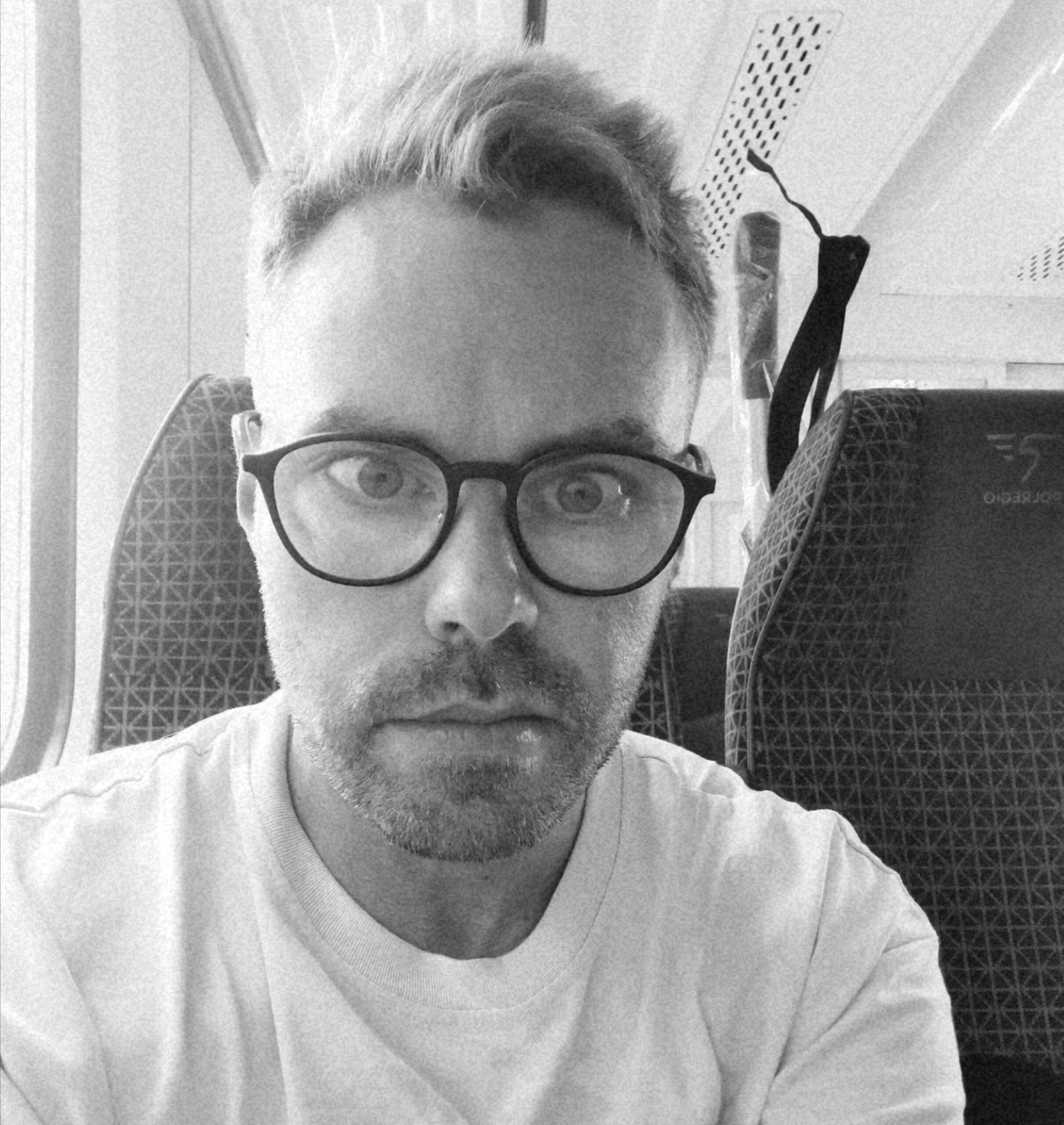 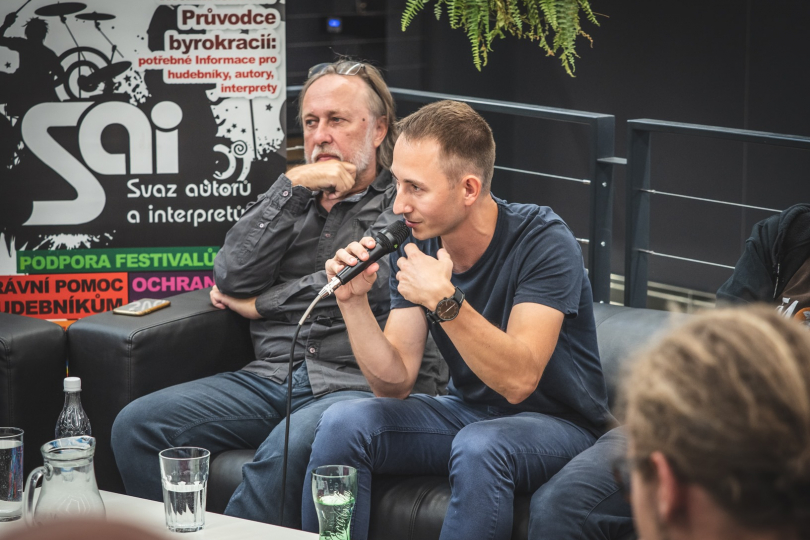 Vice-chairman of Svaz autorů a interpretů (SAI, Union of Authors and Performers), chairman of Česká obec hudební (ČOH, the Czech Musical Community), but also a keen musician and organizer of smaller concerts. In the long term, he dedicates himself to the raising of awareness of musicians in the field of intellectual property rights and to lobbying for the music sector and culture. 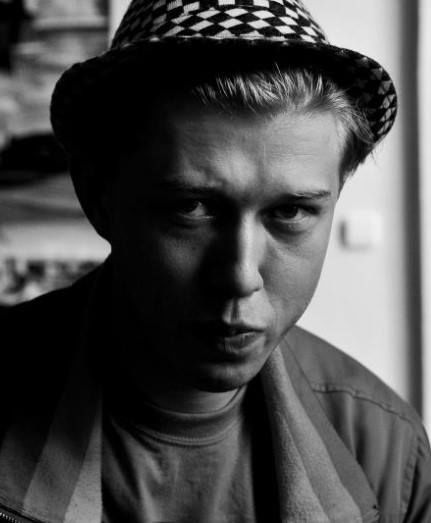 Manager and production managet of various events, mostly held in places you wouldn’t expect: A mine, a forest, a mountain, a hall, a monument, a street, a theatre, a grassland by medieval walls… He focuses on reviving brownfields and empty places through creative industries. Assistant professor at the Department of Production at DAMU. 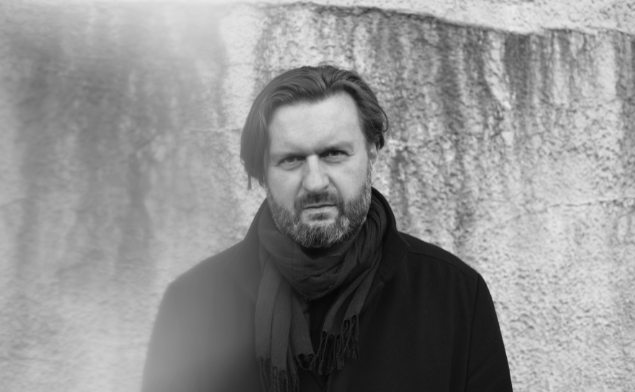 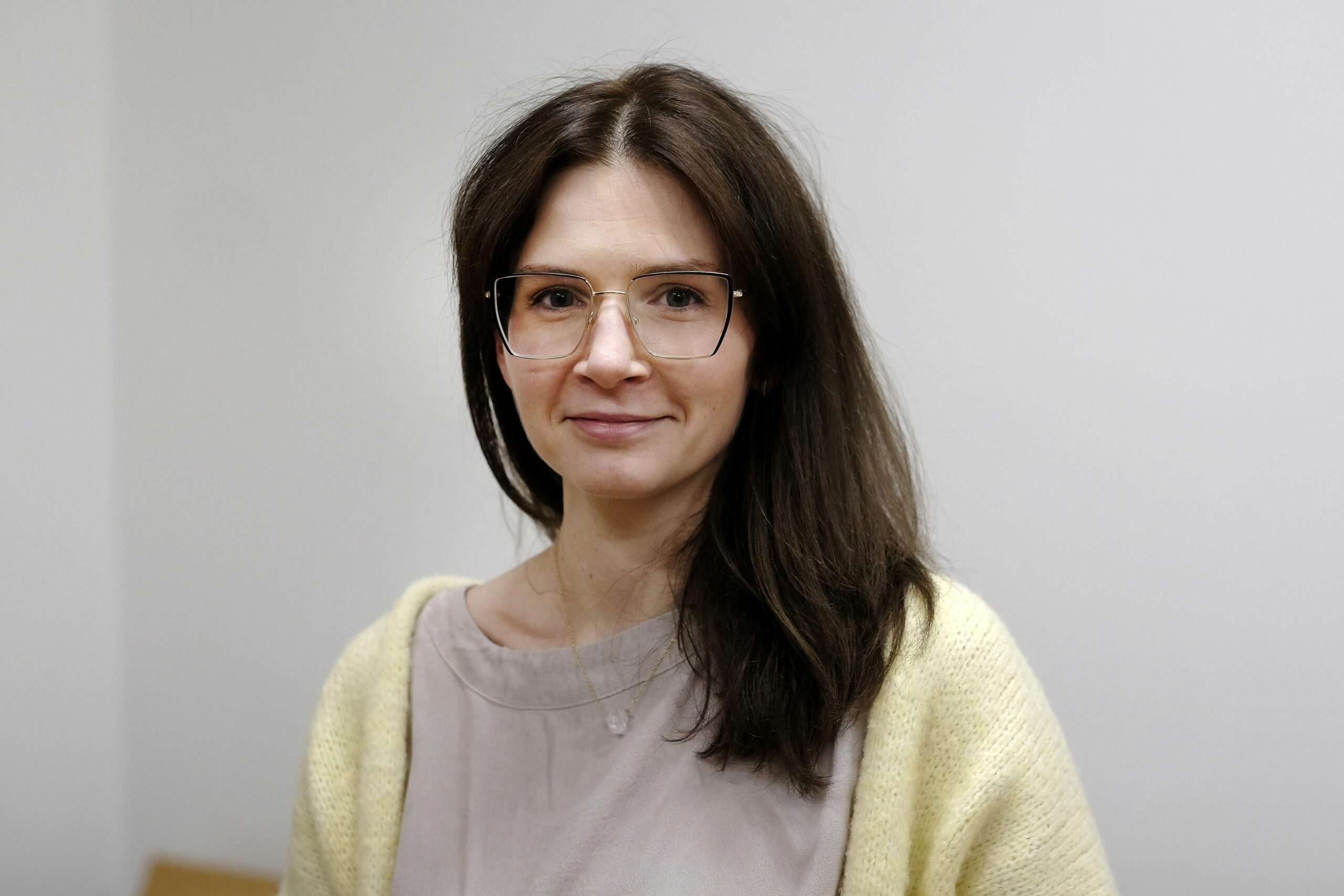 She studied regional and political geography at Charles University and works for an international environmental organisation. She regularly contributes about music to the Czech television Art, Aktualne.cz and Alarm.cz and other Czech media. 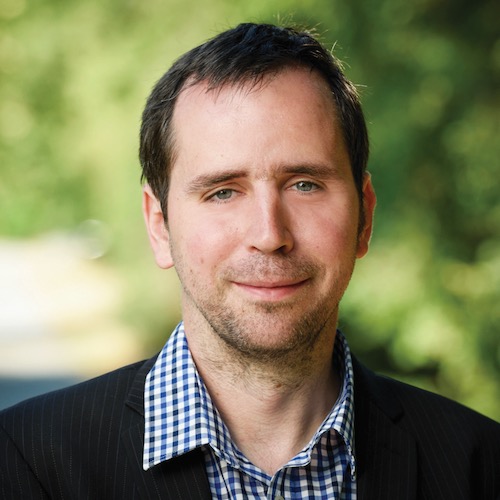 Jiří Pilip deals with alternative music at the Ministry of Culture. His work includes managing grants, cooperation with the Czech pro-export office SoundCzech and communication with the professional public. He is also in charge of the UNESCO 2005 Convention on the Protection and Promotion of the Diversity of Cultural Expressions. This Convention deals, for example, with the digitisation of art, the status of the artist, gender and the cultural and creative industries. 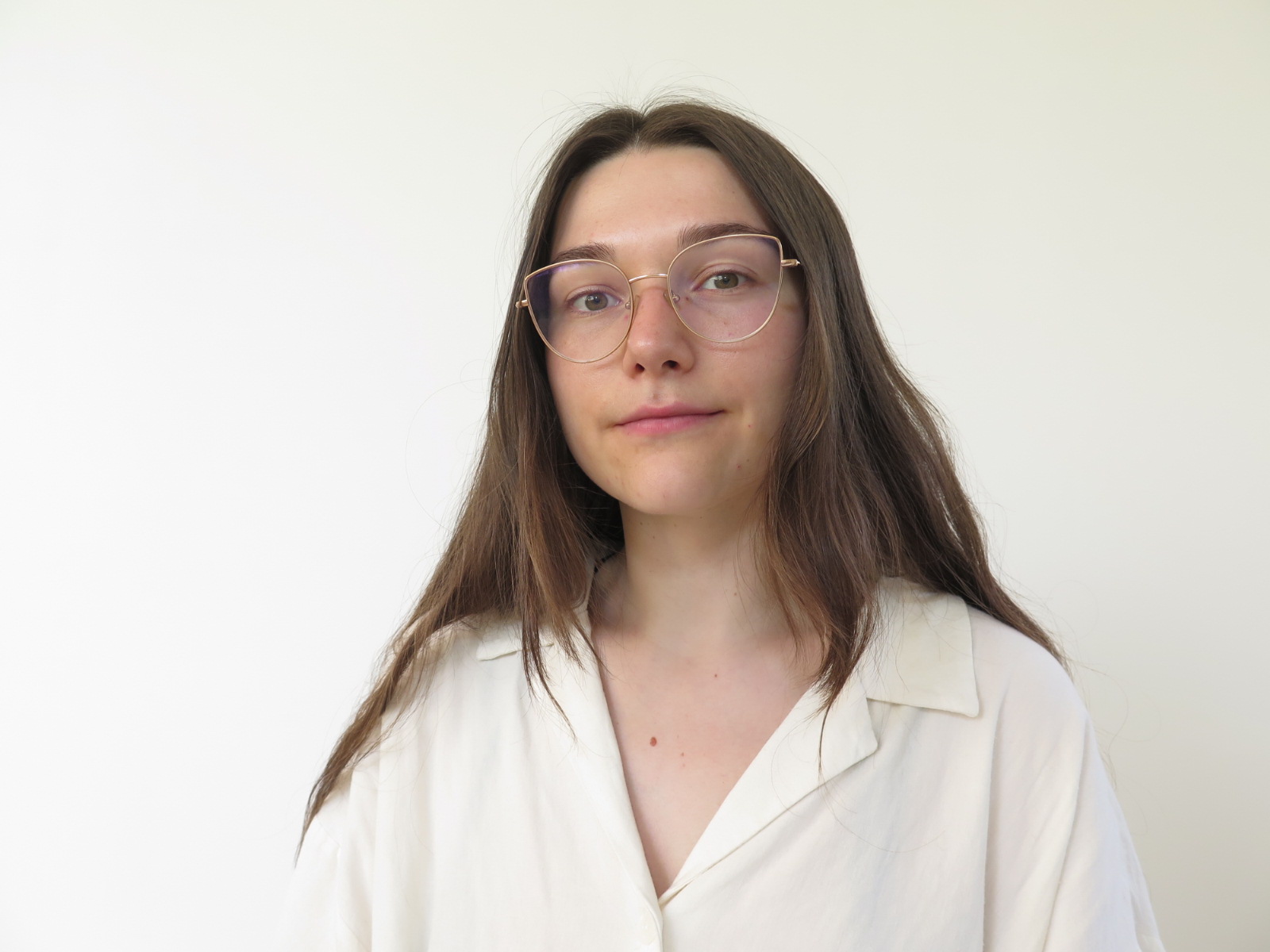 Music journalist, currently working in the team of Czech Radio Jazz, Full Moon, magazine Harmonie and on his platform Rock’n’Roll Journalist. In the past he worked at Television Seznam, he was in the editorial team of Muzikus magazine for eleven years. In cooperation with the Prague club Palác Akropolis, he now organizes multi-genre listening shows under the name The Music Digest. 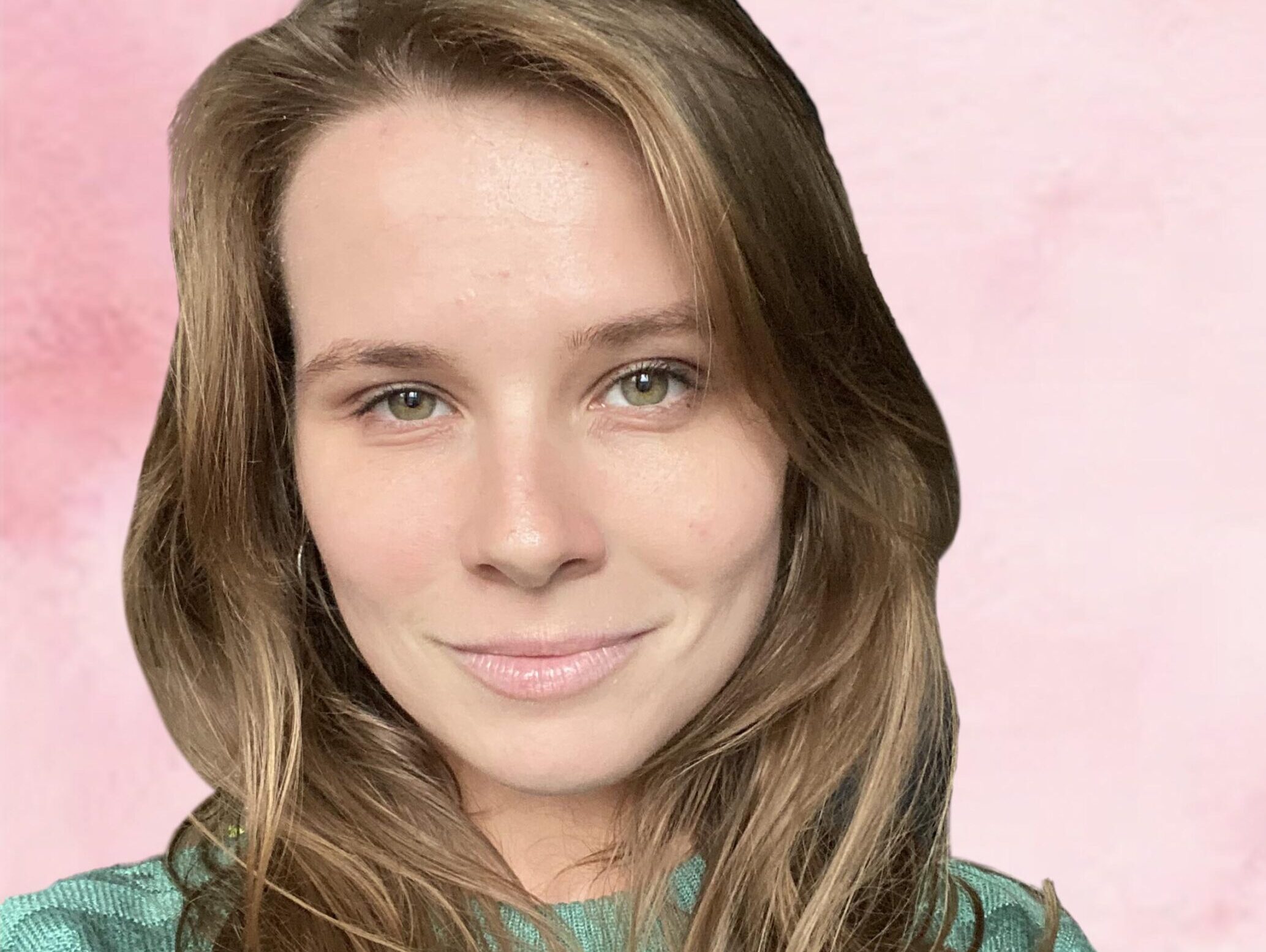 She leads the partnership and sponsorship of the SHARPE festival. Project manager of the Slovak music export agency LALA. She is also the booker and manager of Slovak bands Tolstoys, God and Eve, Genuine Jacks and Sam Handwich. Katja is involved as a production manager in Flaam and MELA music festivals. In addition to these projects, she occasionally collaborates with other festivals, cultural events and artists. 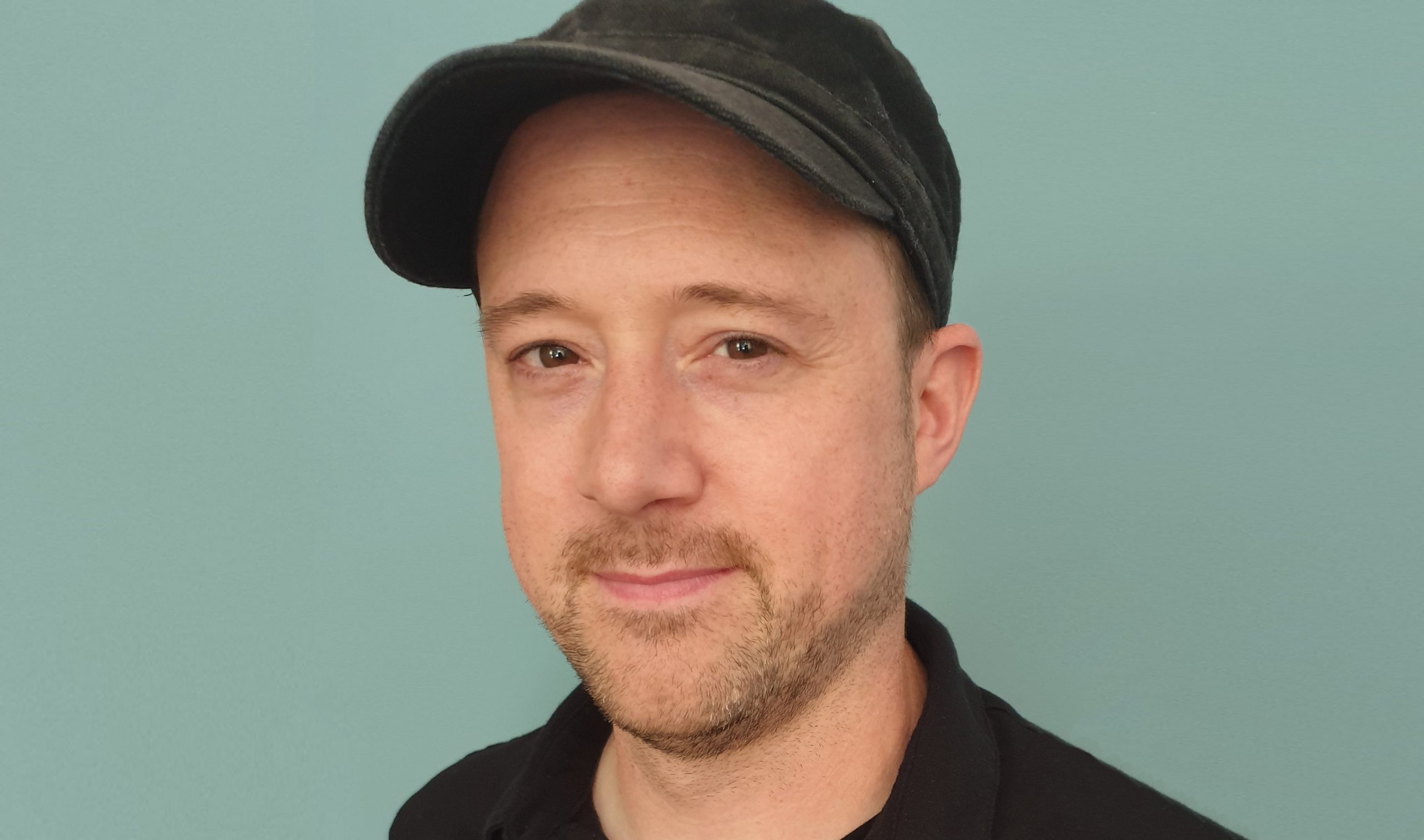 James Thornhill is a journalist, music marketer, DJ, promoter and curator working out of the Midlands, UK. In 2020, he launched Proxy Music to help artists and labels promote themselves more effectively working with Wendy Rae Fowler, Julia-Sophie, No Type records, Subexotic records, Cowgirl, Pet Crow, Yammerer and Castles In Space amongst others.

As a journalist, he is a regular contributor to Electronic Sound and has bylines in Notion, DrownedinSound, Line of Best Fit, Louder, Under The Radar and GodisinTheTV as well as a monthly new music slot on BBC Radio Derby. In 2019, he wrote and edited the 40th Anniversary fanzine for Casio Instruments. 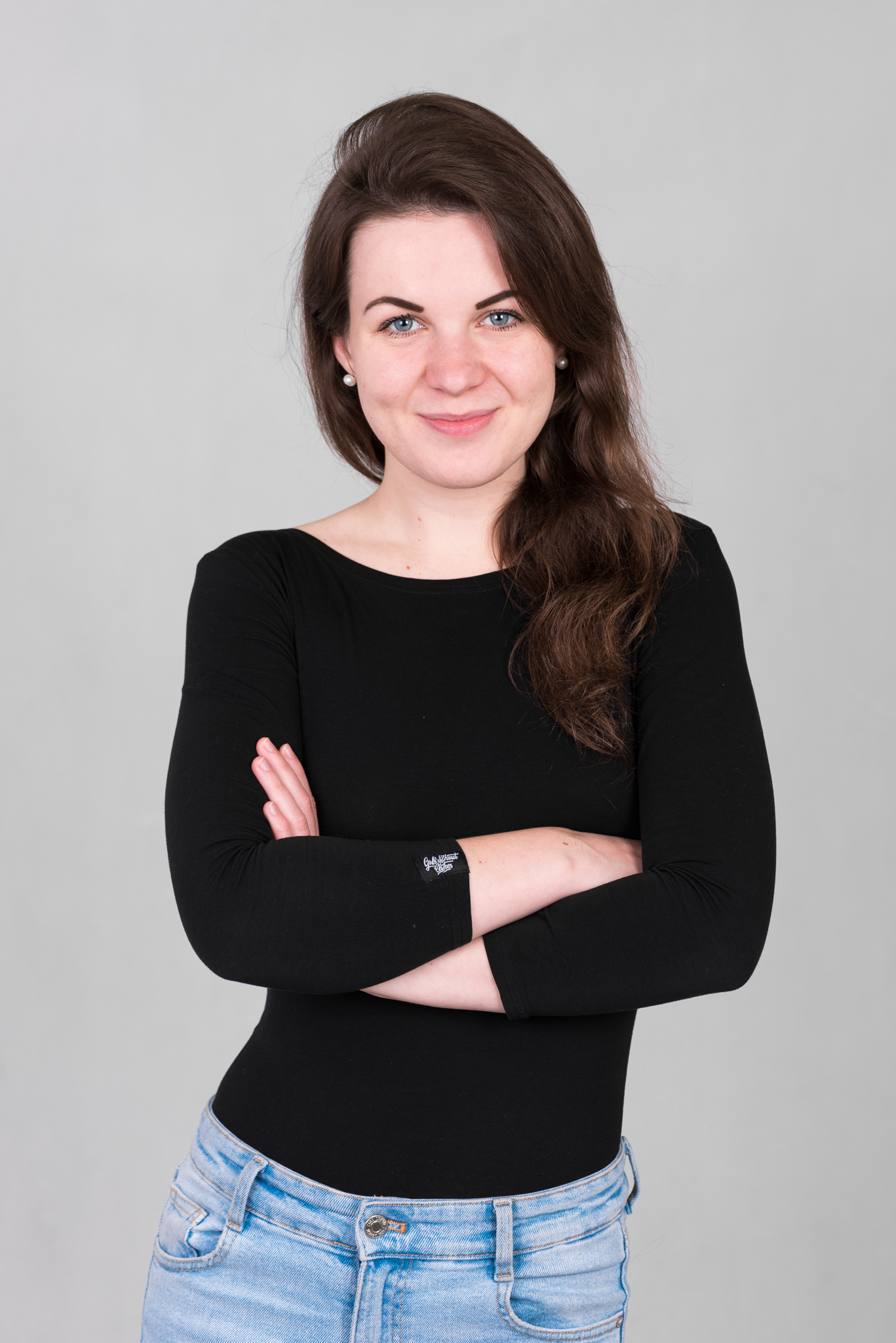 She writes about culture, history and music. She is a regular contributor to the cultural section of Deník N and to the music magazine Headliner. Her articles have been published, among others, in the cultural magazine Bigg Magg, the weekly Euro and  Hipster. She works within the Museum of Czech and Slovak Exile of the 20th Century and the RAF Museum. As a manager she cooperates with the bands Good Times Only and Méta Monde. 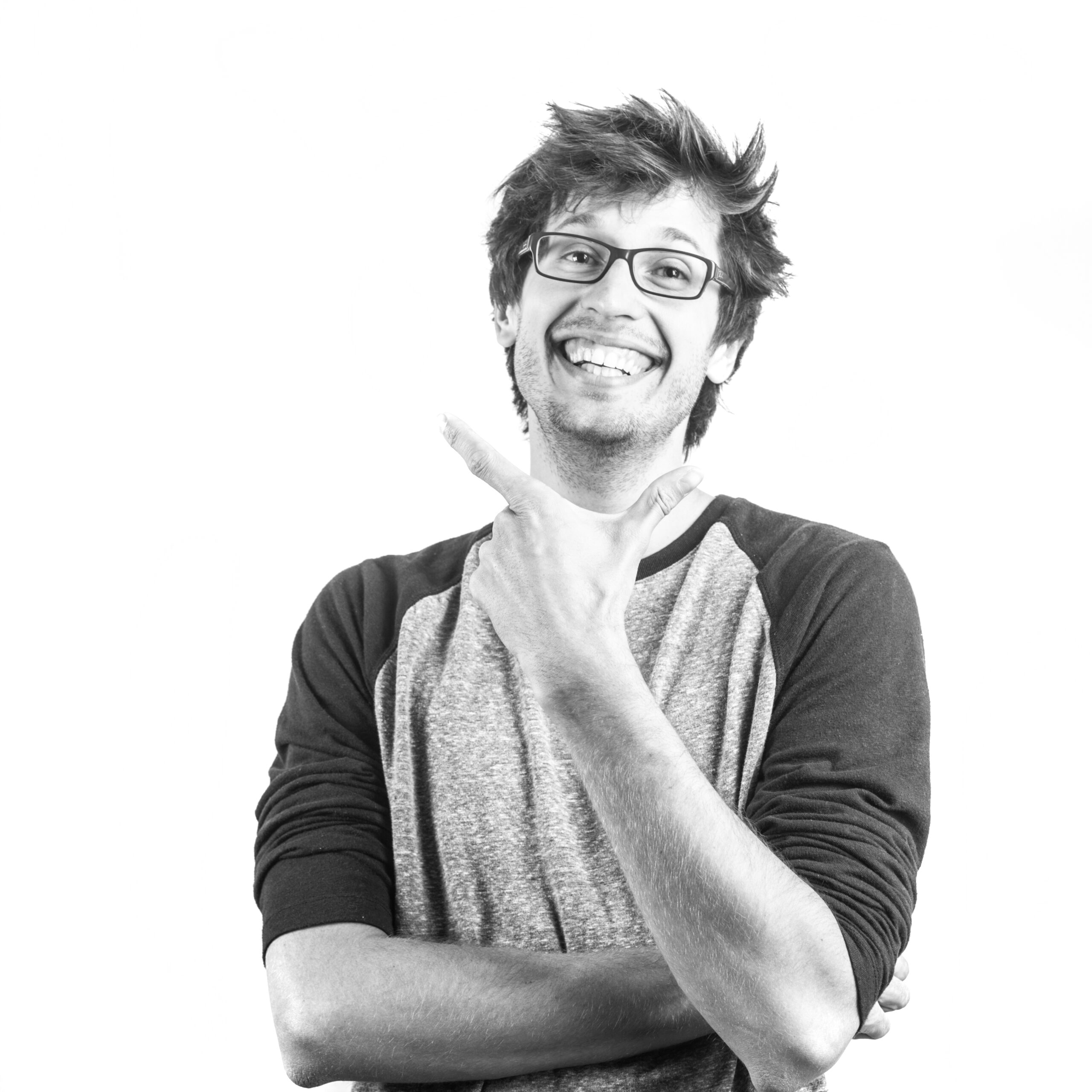 COO and Chief Commercial Officer of GoOut, the fastest growing ticketing company in Central Europe. The start-up was founded in Prague’s Žižkov district and currently operates not only in the Czech Republic, but also in Slovakia, Poland and Germany. The portal is a unique platform combining cultural overview, social network and ticketing. 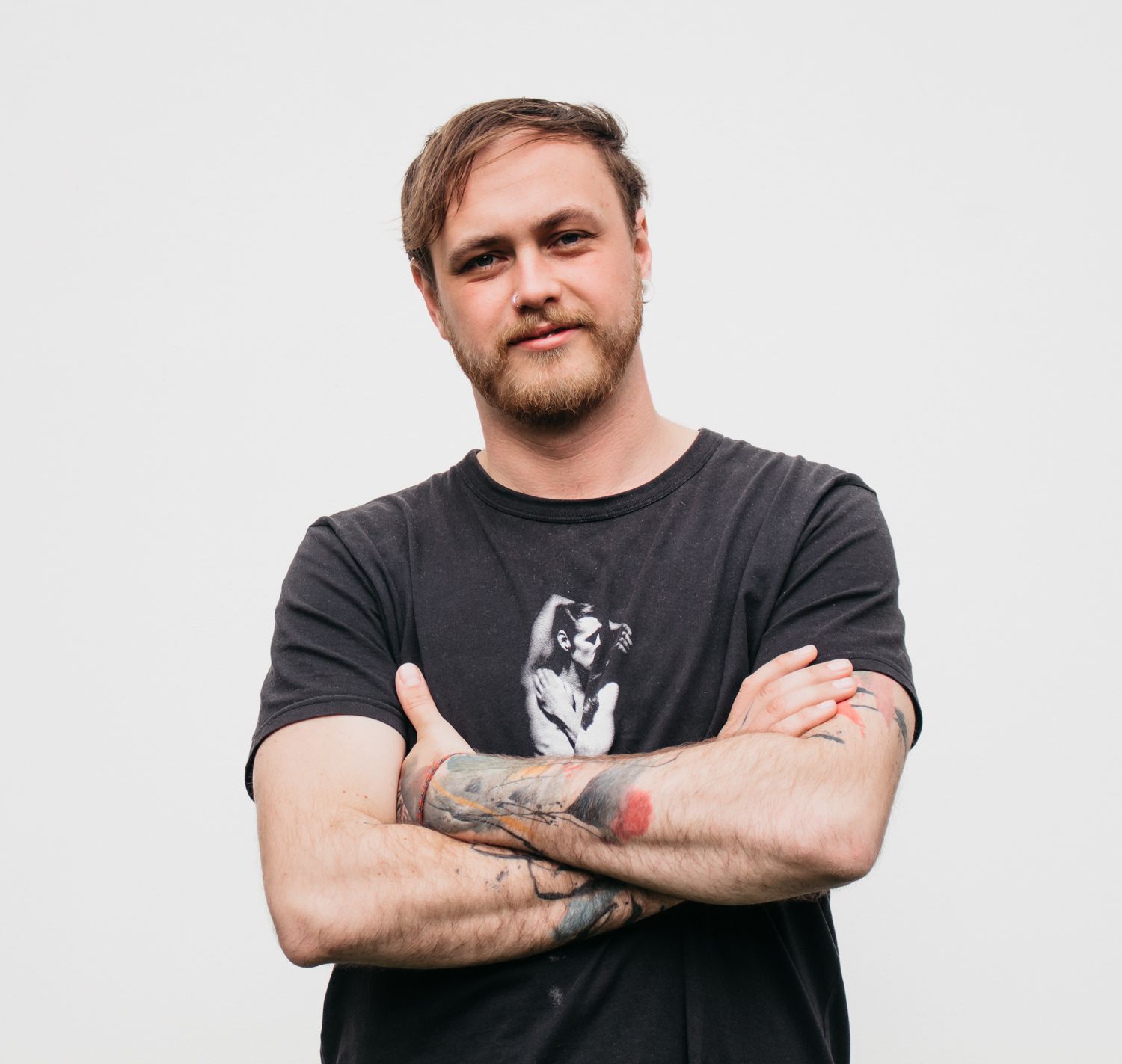 Ticketing, cashless, event apps – digital solutions for events are booming and becoming increasingly accessible to promoters of all sizes. Josef Tajovský (BOOM, Burza #4) and Matěj Huleš (BOOM, Musical Theatre Karlín) together with Music navigator participants will explore new trends in digital tools for organizers and try to outline the opportunities that data collection digital tools can provide for organizers. What assurances do these tools offer in a time of turbulent changes in consumer behaviour ?

Manage Cookie Consent
In order to provide the best possible service, we use technologies such as cookies to store and/or access device information. Consenting to these technologies will allow us to process data such as browsing behavior or a unique ID on this website. Disagreeing or withdrawing consent may adversely affect certain features and functions.
Manage options Manage services Manage vendors Read more about these purposes
Show preferences
{title} {title} {title}